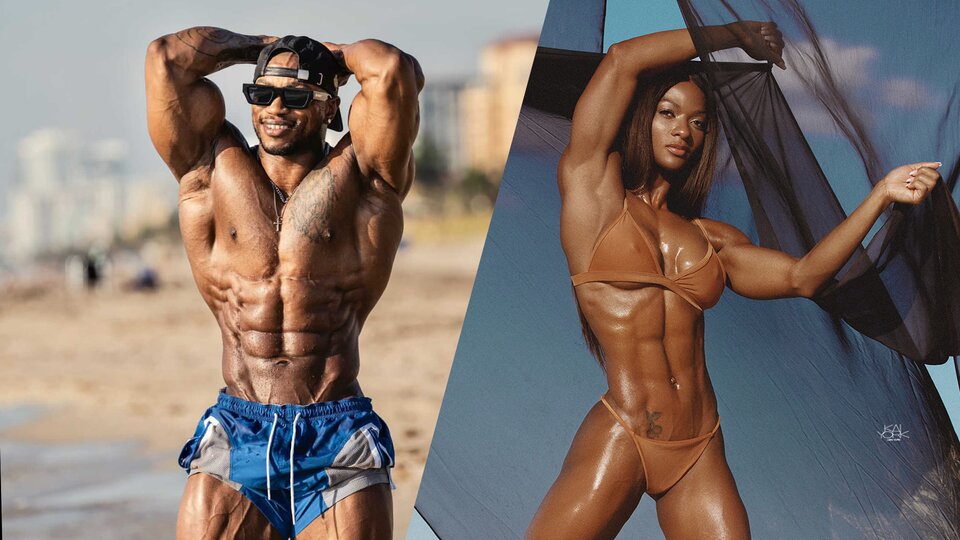 Not that long ago, bodybuilders and physique athletes were only ”in the public eye” to audiences at shows and fans of muscle magazines or websites. No longer. Millions watch their workouts and meals and critique their physiques online daily—and that’s saying nothing of the family and community members watching them struggle, fail, and succeed in daily life.

Here’s how two elite physique athletes embrace the challenge of setting an example for their communities and show what’s possible with a commitment to health and fitness.

Coming from Chicago, I’ve seen a lot of men just lost in the streets. And I know that I could have gone down that road, too. I was from those neighborhoods. And for a while, I kind of went down there. But bodybuilding was a way to save my life, and save a lot of other people’s lives.

This has been a life-changing sport for countless people who were lost, or thinking about committing suicide and going down the wrong path. I’ve met so many guys who were in jail, and then they found me in some magazine and it motivated them to just do better. Bodybuilding became their way out. 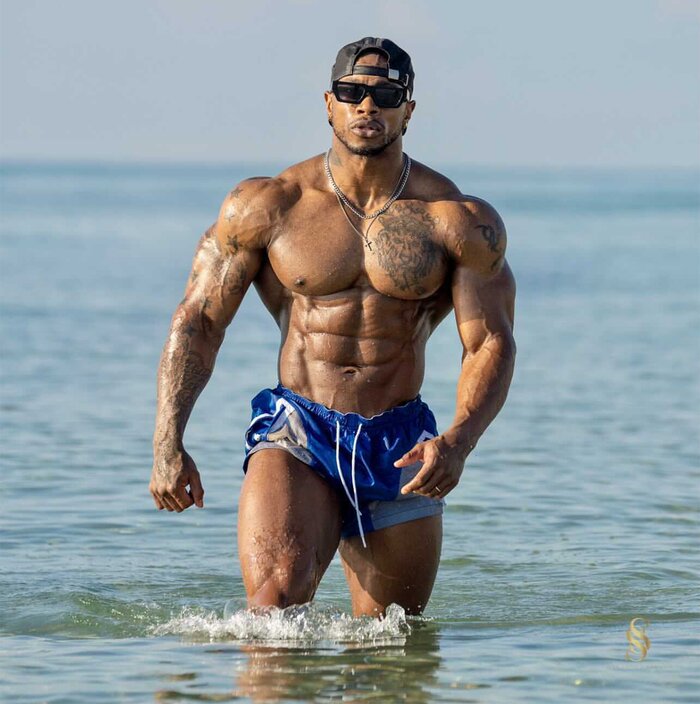 Any kind of event I got go, I always try to talk to young, black kids. A lot of them want to talk about my arms, but I always try to tell them, ”Yo, you can do this, too. You can look like this too, you know. You can do things that make you feel good, make you a better person, and are better for your community.”

I just want to encourage them to get off the streets and into the gym, because the gym isn’t going anywhere. Invest that time into yourself and make yourself better.

I’m really excited to be a parent for many reasons, but one is because this is an opportunity to make fitness a lifestyle for my son growing up. Not like, ”Oh, we’ve got to work out to lose weight.” I want him to know, ”Hey, we work out to feel good. Be healthy. Get strong.”

When I grew up, we didn’t really eat healthy or work out. Like many people, we just tried to do the best we could. But now, at a different stage in my life, I can make healthier choices, and I can do my best to show how to be healthy. 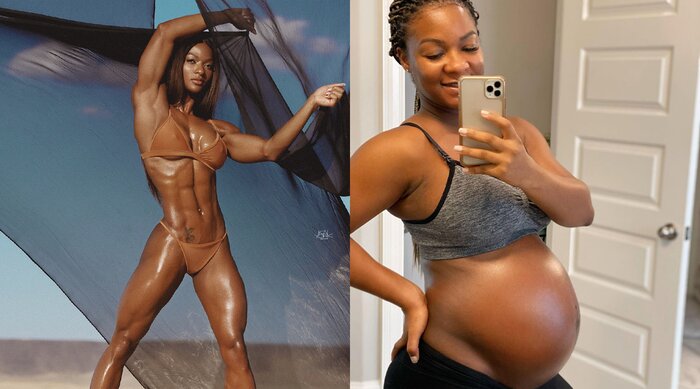 That’s a big part of being in my position: showing my community that even if you don’t ever want to be onstage, you need to be healthy for your family.

Sure, I know that to many people in the black community, being a bodybuilder or a physique athlete isn’t considered ”healthy.” So I strive to not just be as healthy as I can, but also as transparent as I can. That means when I was competing, during the offseason, I would always try to maintain a healthy weight, keep my cycles and put on enough fat to be in a healthy range for a woman.

I want to show everyone that ”bodybuilding” can mean being ripped onstage, but there’s more to it than that. It’s about focusing on doing what feels good to you and your body.